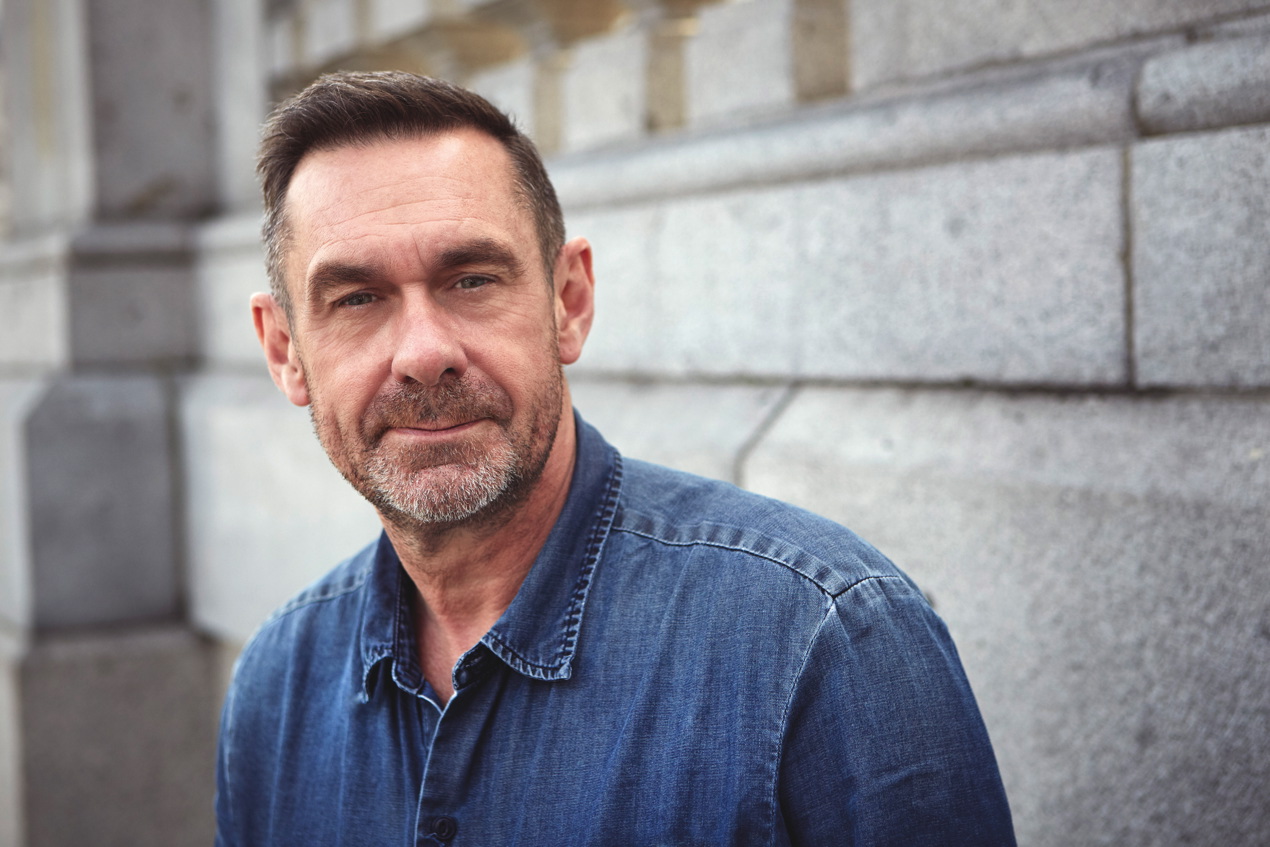 I’m a writer, broadcaster and filmmaker. I have a weekly column in The Guardian. After 15 years in broadcast news, I just decided to tell it straight.

I was born in Leigh, Lancashire, in 1960. My dad was a truck driver; my mum a teacher. Leigh was a coal and cotton town then: now it’s post-industrial. I went to a Catholic grammar school, rebelled, became an atheist at 14, a Marxist at 16, and a Trotskyist at 19. I was a child musician so when I got to Sheffield University to study music I rebelled again, switching to a music + politics degree.

I did teacher training in London, worked two years on an unfinished doctorate about Schoenberg and wrote music. I was in Leicester during the miner’s strike. I taught at Loughborough University for two years and then became musical director at the Phoenix Theatre, Leicester. During this time I wrote the music for two plays: With The Sun on Our Backs, and The Third Class Genie. I moved to London in 1988. In 1990 I switched to journalism.

I freelanced in the business press until Reed Business Information took me on in 1995. I worked on various Reed titles ending up deputy editor at Computer Weekly during the dot-com boom.

In September 2001 I started work at BBC Newsnight as a business correspondent. My first live appearance was on 9/11. First question: what does this mean for the world economy? I covered the rise of China for Newsnight; Hurricane Katrina, the Blair-Brown years and the rise of anti-globalization struggles. In 2008 I was outside Lehman Brothers in NYC when it collapsed.

I’ve written five books: Live Working or Die Fighting – a history of the global labor movement; Meltdown – an account of the 2008 financial crisis; Rare Earth – a novel about China (the only way I could describe the reality hidden from journalists); Why It’s Kicking Off Everywhere – an account of the networked uprisings of 2011. And now Postcapitalism: A Guide to Our Future – a bestseller due for translation into 11 languages in 2016.

I joined Channel 4 News in 2013 and covered Greece, the Gaza war and the Scottish referendum. My job title was economics editor. I produced and reported the feature documentary series about the first six months of Syriza in Greece: #ThisIsACoup – for Field of Vision.